Update! I'm taking a break from my tedious Alpha Legion (I hate Tactical Marines so much..) and I've painted up Mollogs Mob. I'll also use these guys for a Underworlds tournament in a couple of weeks, so they need to be painted up anyway. Mollog himself isn't finished yet, but there's a WIP at the bottom. 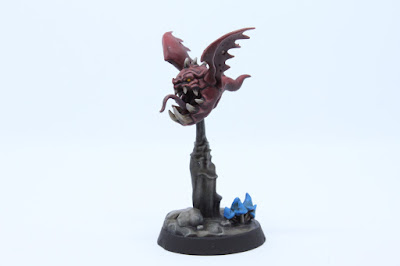 Next up, Spiteshroom! The most spiteful shroom you will ever find. I love how the poison spore cloud turned out, really colourful and pops out against the rest of the gang. 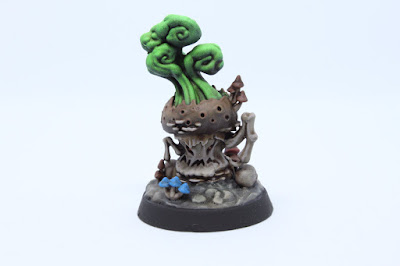 Last up of the little guys is the Stalagsquig, the most boring of the bunch. It's just a rock with a tongue. Not much to work with, but at least he got finished up real fast. 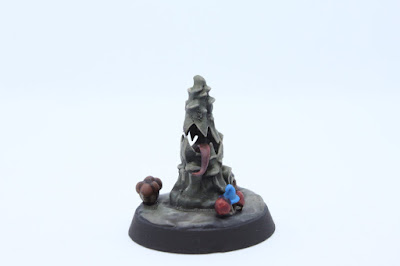 There we have the finished models, hope you liked 'em! Mollog is on his way, he's taking a bit longer to paint (obviously), but here's a WIP. His face is pretty much finished, and I'm very happy with it. I hope to get the rest of him to this standard. 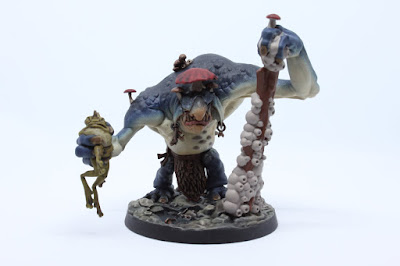 I opted to remove the large shrooms on his back that he originally has growing there. They look interesting, but they also make the model too busy in my opinion. He has plenty going on without those, and they sort of take the focus away from everything else. So I clipped them off, and I'm very glad I did. I think Mollog looks much better this way.
Posted by Unknown at 09:37